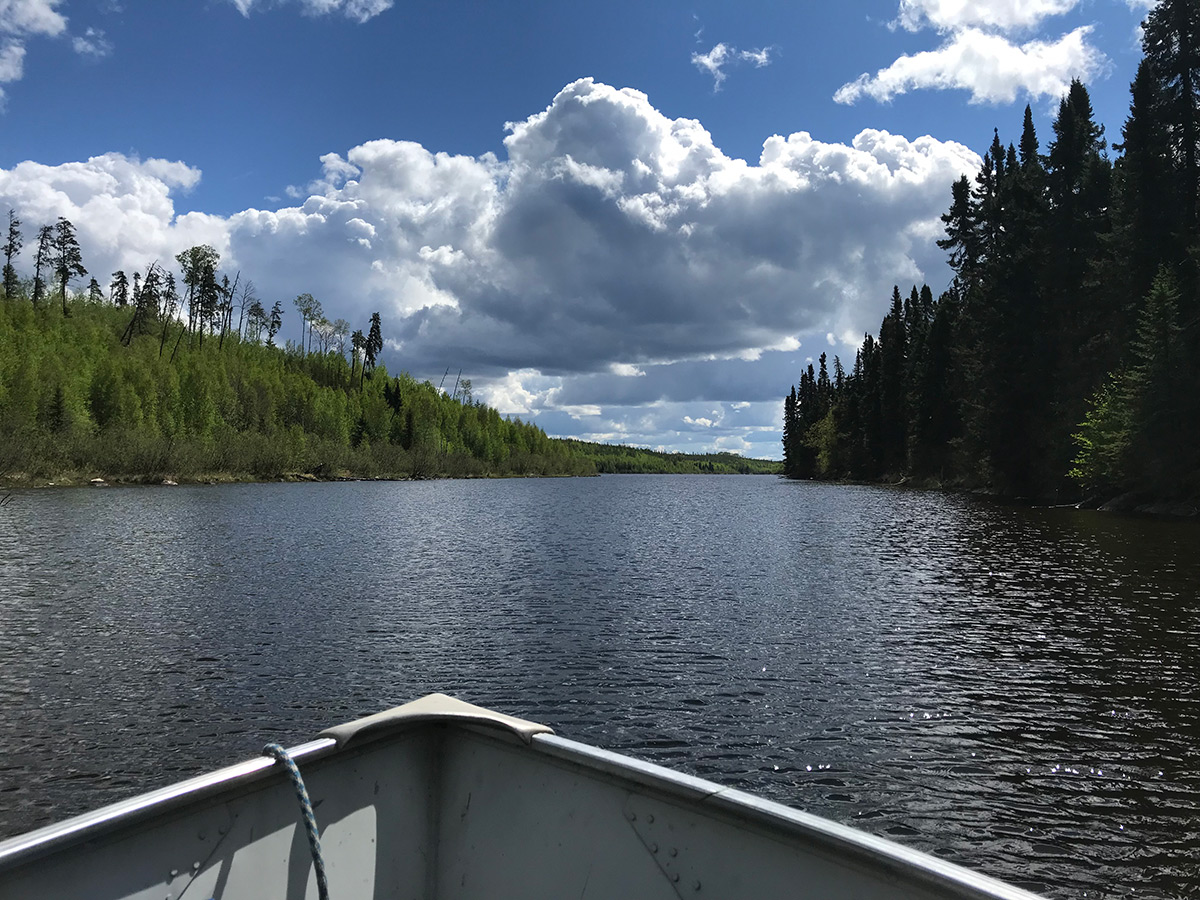 Opasquia is one of Ontario’s newest and most remote provincial parks. Created in 1985, The Park begins 150 miles north of Red Lake Ontario. Running west to the Manitoba border, the Opasquia Provincial Park consists of approximately 1.5 million acres of pure wilderness. Accessible only by float plane, the park has no road access even during the winter ice-road season. Big Hook Wilderness Camps is extremely fortunate to have been grandfathered into The Park and has the only modern facilities in this massive preserve. There are no mining, timber, or other industrial operations anywhere in the area.

Distinctive geology is abundant throughout the park. A ridge of glacial till two kilometres wide rises 100-200 metres above its surroundings. This is the Opasquia Moraine. On the sides of the moraine, wave-cut terraces and segments of raised shoreline indicate the former limit of glacial Lake Agassiz. Sparkling with bright blue water, several kettle holes are present in this ridge. Also unique to The Park is the northwestern water flow of water – considered an anomaly as all other bodies of water in the region flow northeast towards Hudson Bay and James Bay. This can be attributed to the Cocos Plateau which was formed by glaciers during the last ice age. The Park is considered the headwaters for massive Island Lake located in eastern Manitoba. The Sagawitchewan River is The Park’s main river system that winds miles upon miles throughout and eventually spills into Cocos Lake. It is a crown jewel in the paddling community.

The dominant tree species in the park is spruce; growing alongside are scattered poplar, tamarack, birch, jack pine, and ash. Amongst the spruce and birch trees our guests can experience sightings of…

A significant wolverine population is another unique attribute of Opasquia.

The Opasquia Provincial Park supports one of the largest concentration of wolverines in North America.